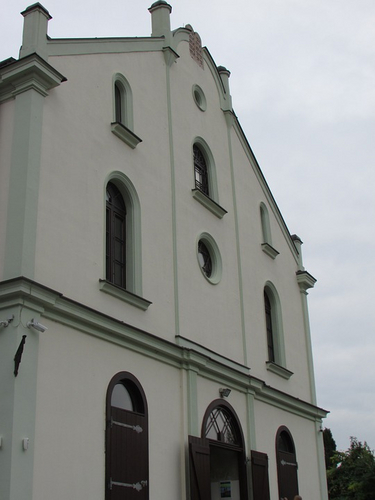 From 1340 on, there are found references to Jewish community in Trnava. In 1494 were the Jewish people accused of ritual murder and as a consequence, 14 of them were burnt at a stake. The rest of them was banished from the town Trnava. The south gate, the one they went through when fleeing was walled up. The verdict of the town council interdictory to establishing the Jewish community in Trnava, was confirmed by Ferdinand I. (in 1533) and later by Leopold I. (in 1686).
In 1783 was this verdict annihilated by emperor Joseph II. In the run of the 19th century, the Jewish community in Trnava distended so much, that rabbi Simon Sidon decided to move his seat from Cifer (nearby village) to Trnava in 1855. In 1891 was the development of the synagogue building opened. The synagogue was finished and made accessible for religious purposes in 1897.
In 1950 was the building of the synagogue acquired by a company, which used it for the purpose of a storage house for small-wares and five floors and a service elevator were built within the interior space of the synagogue.
In 1978, the object of the synagogue was proposed to be added to the list of national cultural heritage. Later, in 1993, the gallery acquired and partly reconstructed the space for the exhibition purposes. The synagogue was opened for the presentation of contemporary art in January 1995. Since that time, exhibitions based on site-specific situation and special atmosphere are realised in this building, as well as various concerts and lectures. 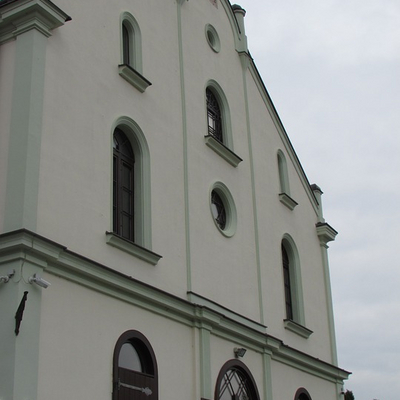